Spain seduces the second time around

Would you entertain a second date with someone who didn’t leave a good impression the first time?

That’s how I feel about destinations, which don’t get second chances with me. I made an exception for Spain last summer, giving in to my husband’s repeated pleas to visit the land of tango and tapas. I figured that way,  Spain would be off the table for good and I could say “I told you so.”

Well it turns out I was wrong. I fell hard for the country I rejected on our first date.

That first time was in July 2001, when, as 20-something woman, I made a 10-day solo trip to Barcelona, Granada and Seville. Gaudi, the Alhambra and the birthplace of Cervantes failed to captivate me. I was put off by what seemed like an inordinate amount of petty — and sometimes violent — crime in Barcelona, which I witnessed first hand. I didn’t engage with many Spaniards, perhaps because my Spanish then was limited to a few useful phrases. (Donde esta el servicio, por favor.)  It’s not much better now, but I can readily rattle off a few more phrases now.  This was also pre 9-11  and pre 2004 Madrid subway bombings — a time when free-flowing travel to top European destinations was taken for granted. Spain is, of course, still one of the top tourist destinations in the world. But the confidence that nothing can disrupt the nonstop arrival of adventurers has been shaken.

Spain’s hoteliers, restaurant owners and tourist guides worked hard to win me over this time around, it seemed. I was smitten with Madrid, Toledo, Cordoba, Seville and Granada. Memories of eating pimientos de padron at the Mercado de San Miguel and the breathtaking view of the Alhambra at sunset from the Albaicin stayed with me for months. I imagined all the towns I would hit the next time around. Cadaques, San Sebastian, Malaga, Valencia.

Like a boorish romantic suitor who steadily turns up the charm, Spain cast a spell the second time around, much like Jane Austen’s hero in Pride and Prejudice. Spain is my Mr. Darcy.

Goya painting at the Prado

Olives for days at the Mercado de San Miguel 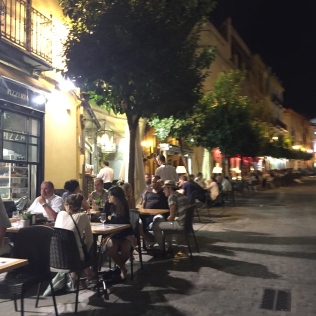 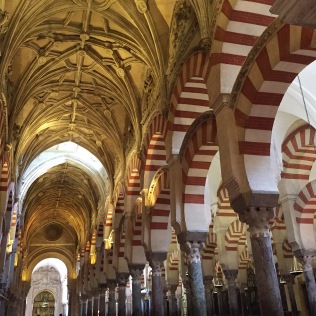 The magnificent Mezquita de Cordoba — a church within a mosque